I see this kind of language in proposed severance agreements all the time. Something to the effect of, "Employee represents that he is unaware of any violations of any law, statute, ordinance or government regulation by Employer, its agents, employees, officers or directors." There are all kinds of problems with this seemingly benign language, as Penn State's former President may be about to find out.

You see, Penn State is countersuing Graham Spanier, who sued them for breach of his severance contract. Their claim is that Spanier knew of the former football coach's sexual misconduct and didn't disclose it. They say he had a duty to disclose. And if he had language in his severance agreement representing he didn't know of any legal violations by any of their employees, they may be right.

If he's in breach of his severance agreement, they may not have to pay the severance, or may get to demand he repay all or part of it.

The more common problem I see with language like this is that the severance agreement was presented after the employee raised issues of discrimination or blew the whistle on some illegal activity. My cure for that is to add to the clause, "that he hasn't already disclosed." That way, if he's disclosed race discrimination, unpaid wages or any other issues, he isn't lying that there were no such issues.

However, if you have any such language in your agreement, you'd better make sure you have disclosed every single legal violation you know of. Otherwise, you could be in trouble.

I'm not sure if Spanier's contract has this language. They seem to be alleging that he defrauded them by not disclosing material information, and that had they known he covered up Sandusky's misdeeds, they wouldn't have entered into the agreement. That's a whole 'nuther kettle of fish. Fraud is tough to prove. If they're trying to negate his contract based on fraud or some duty to disclose, I think they'll have a difficult time.

This case is a cautionary tale for anyone thinking about signing a severance agreement. Read it carefully and make sure you comply. If you can't, or it says something that isn't true, ask that it be changed before you sign.
Posted by Donna Ballman at 1:42 PM 2 comments:

If you are chomping at the bit to see the repeal of the Affordable Care Act, you probably don't know all that you are giving up. For instance, I bet you didn't realize that it was ObamaCare that brought us nursing breaks for moms. 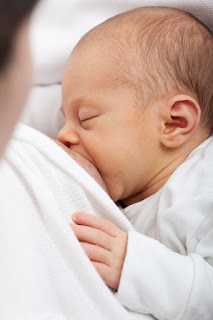 That's right. It's the Fair Labor Standards Act which requires workplaces to give nursing moms reasonable breaks to express breast milk for a year after they give birth. The law also requires employers to provide a place, other than a restroom, shielded from view, free from intrusion from coworkers and the public, which may be used by an employee to express breast milk.

However, the amendment to the Fair Labor Standards Act that requires employers to do what basic human decency would provide anyhow was part of the Affordable Care Act.

Will Trump's repeal of the Affordable Care Act result in a repeal of this law? Right now Republicans are talking about wholesale repeal, and then maybe a grace period to find alternatives (although some want a repeal with no grace period).

In all the discussions about this repeal and what needs to be preserved, I have heard zero discussion about protecting nursing moms. Considering that Mr. Trump has called pregnancy an inconvenience to employers (then denied saying it, but he did say it), it seems unlikely that he gives one flying hoot about nursing moms in the workplace.

If you think this is an important part of the Affordable Care Act to preserve, it's time to write and call your members of Congress and Senators to tell them family values includes basic decency for new moms.
Posted by Donna Ballman at 7:30 AM 4 comments:

Federal Contractors, You Don't Know What You've Got 'Til It's Gone: Preparing for the Trumpocalypse Part III

President-elect Trump has promised to undo all of President Obama's executive orders on day one of his presidency. If you are one of those middle class folks who voted for him, you may not realize what you voted for until he does it. If you work for a federal contractor, you will lose a whole heck of a lot if he keeps this promise.

Here's what you've got that may be gone soon:

As with many protections President Obama helped create for employees, you won't know what you've got 'til it's gone. The middle class is up for some rude surprises very soon. Next time, vote better.
Posted by Donna Ballman at 7:30 AM 7 comments: