What Happens When The Feds Decide To Enforce Marijuana Laws? Preparing For The Trumpocalypse Part II

While four more states legalized marijuana for recreational use and four passed medical marijuana laws, meaning a majority of states now have some form of legal marijuana, it looks like the Trump administration may step up enforcement on the federal level. What does this mean for workers who need marijuana for disabilities? Nothing good. 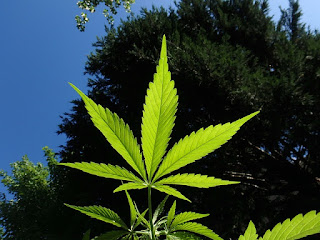 So far, seven states have passed laws banning discrimination against medical marijuana users in the workplace. However, states that have laws prohibiting discrimination against employees for engaging in legal off duty activities have pretty much universally decided that, since marijuana is still illegal on the federal level, using it even with a prescription still isn't a legal off duty activity. The Americans With Disabilities Act still doesn't cover medical marijuana as a reasonable accommodation due to its illegality on the federal level.

While it has been looking like the feds were not going to enforce marijuana laws and therefore states with legalized marijuana were on their own to decide how to regulate pot use, it now looks like that may be reversed under Trump. This will embolden employers who want to crack down on employees who use medical marijuana.

If you think you can use marijuana in your state and not be fired, even with a prescription, you might want to wait and see how things fall out with the Trump administration.

Another issue with stepped up enforcement will be whether you can be fired for an arrest or a conviction. In most states you can. Plus, in most states employers can refuse to hire you with a record. This means that even in states that have laws against discriminating against medical marijuana users, you may be out of luck if you are arrested by the feds for your prescription.

Then, of course, there's the issue of prison, which obviously is a major concern. All of this is pretty terrible news for folks with cancer, multiple sclerosis, HIV, seizure disorders, Crohn's disease, epilepsy, concussion, Alzheimer's, bipolar disorder and other conditions that are helped by marijuana.

Bottom line is you'll have to wait and see what the Trump administration decides to do about marijuana before you get too comfortable using it for medical or recreational purposes.

Next time, vote better.
Posted by Donna Ballman at 7:30 AM No comments:

Well, Donald Trump is our President-elect. He has made a cascade of promises throughout the campaign, and many of them will affect the workplace. First up will be the repeal of the Affordable Care Act. That seems to be Republican priority number one. With control of the House, the Senate, the Presidency and soon the Supreme Court, they will get to do whatever they want for at least two years. So this is happening.

I'm going to write about all the laws/executive orders that will be affected by this so you can start to protect your family and yourself from economic disaster.

If you have a preexisting condition, it was ObamaCare that made it illegal to deny insurance coverage to you. That means when ObamaCare is appealed, you may never get insurance coverage again. If you are one of the 16.64 million Americans who are insured due to ObamaCare, you may lose that coverage. There has been some backpedaling such that maybe the preexisting condition provisions will stay when other provisions are repealed. We have no idea what, if anything, will replace the Affordable Care Act or if any of it will remain, and we have no idea how soon this may happen. I suggest preparing for repeal with zero replacement.

Here are some things you can do to help prepare yourself for the repeal of the Affordable Care Act, which could happen as early as January or February 2017:


The Trump win has already affected the way I advise clients. I used to advise people who lose their jobs to look at their Affordable Care Act options along with COBRA, because ACA is almost always cheaper than COBRA, which is crazy expensive. It was nice while it lasted, but now I'm telling people not to sign up for ACA and to elect COBRA if they can because ACA won't be around much longer.

This is literally a matter of life and death for many people. Next time, vote better.

Facebook At Work: What's The Worst That Could Happen?

So Facebook came out with a yuge announcement that it has a brand new social platform in beta testing called "Facebook At Work." I know, huh? I gasped when I saw this announcement and if you've been doing employment law as long as I have (since dinosaurs roamed), you probably gasped too.

What the heck is Facebook thinking? Well, I know what they're thinking. They're thinking $$$$$. I'm thinking potential disaster. But there's more. Here's what Facebook says about this app:


Workplace gives users access to familiar features like Facebook Live video, Groups, Messenger, and a News Feed, but these Workplace accounts are separate from traditional personal Facebook accounts. The service is meant to help facilitate productive workplace discussion – similar to the popular communications tool Slack – rather than offering a chance zone out at your desk.

Workplace also offers a separate Work Chat app that can be downloaded for iOS and Android devices.

For those looking to connect with contacts in other companies, the service will also offer Multi-Company Groups, which are being called “shared spaces that allow employees from different organizations to work together.” These groups will be rolling out over the course of the next few weeks.

I just have to laugh so I won't bang my head against a wall, which my doctors would definitely frown on. I've written about how Facebook firings are rampant. Let's just talk about some possible disasters that could come from this before your company jumps on this bandwagon to hell:

There are lots of ways social media can go wrong already. And with millennials entering the workforce, we have workers who put their entire lives on display.

I'd think long and hard and consult with a management-side employment lawyer before using this new app in a workplace.
Posted by Donna Ballman at 7:30 AM No comments:

People look at me like I'm crazy when I tell them that there are multiple cases saying a noose at work does not equal actionable race discrimination. Well, here's another one. This case was shocking even to me because coworkers testified that there had been multiple instances of nooses hung in this workplace. Plus, the employee claimed other instances of being treated differently than non-black employees.

Yet, in this case the 7th Circuit found that the employer did enough by reporting the incident to the police and leaving the rest to them. Here's what the court said:


Employers are strictly liable for supervisor harassment, Williams, 361 F.3d at 1029, but when a plaintiff claims that co-workers are responsible for the harassment, “he must show that his employer has ‘been negligent either in discovering or remedying the harassment,’” id., quoting Mason v. Southern Illinois University, 233 F.3d 1036, 1043 (7th Cir. 2000). There is no evidence that a supervisor was involved in leaving the noose, so Cole must instead present evidence allowing a reasonable jury to find that the university was negligent—which means in this context that it failed to take “prompt and appropriate corrective action reasonably likely to prevent the harassment from recurring,” Erie Foods, 576 F.3d at 636, quoting Tutman v. WBBM-TV, Inc./CBS, Inc., 209 F.3d 1044, 1048 (7th Cir. 2000). A prompt investigation is the first step toward a reasonable corrective action. See Erie Foods, 576 F.3d at 636, citing Lapka, 517 F.3d at 984.

The undisputed facts here show that once Cole notified Richards of the discovery of the noose, she spoke to him about it (albeit insensitively, we must assume) and delivered her own notes on the incident to the university 16 No. 15-2305 police. She also reported the incident to Nicklas, then vice president of public safety and community relations, as well as Perez and Daurer. She did nothing more after that, but in these circumstances it was reasonable for the administration, having involved the university police, to leave the investigation to them.

The same would apply to a single instance of sexual grabbing, a single racial or other offensive slur, or other coworker harassment.

Bottom line is this: a single incident with a coworker, no matter how serious, is rarely going to equal a lawsuit against your employer. You have to report it under the company's harassment policy and give them a chance to correct the situation. They don't have to fire the person or take any specific action. They only have to assure it won't happen again. They don't have to tell you what action they took. And you can't just refuse to come back to work.

Not my rule. Don't blame me when I tell you that this is what the courts are saying. Talk to your legislators about changing the law. Better yet, vote well on Tuesday.