I've done a few posts about the criminalization of employment law, and in those posts I've asked why it's all one-sided. Employees are going to jail for alleged trade secret theft, accessing employer computers once they're fired, and a host of other offenses. Yet employers who steal from employees and who commit other crimes against employees largely escape. 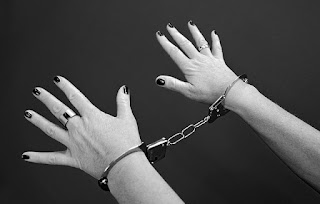 Well, one city has had enough. Philadelphia now has a unit in the DA's office just for prosecuting crimes against employees. The big focus is wage theft, but I'm betting they will get all kinds of crimes they can prosecute, like assault and battery, theft of personal items, antitrust violations if they have a state antitrust law, and other criminal violations.

It's about time. When will other cities and states prosecute employers for breaking the laws with respect to employees? Stay tuned.
Posted by Donna Ballman at 1:00 PM No comments:

Is EEOC Turning Down New Charges of Discrimination?

Sure, the Supreme Court recently ruled that filing a charge with EEOC is not jurisdictional, meaning that the lack of a charge doesn't automatically mean the courts can't hear the case. But the Supremes also said, "EEOC charge-filing is still a mandatory prerequisite to filing suit and remains a procedural step that a court must enforce if the issue is timely raised . . . ."

I'm sure hoping that the folks telling me that EEOC is refusing to allow them to file charges of discrimination have somehow misunderstood, but I've heard it enough in the past couple weeks to think a pattern is developing.

If filing a charge of discrimination is still a "mandatory prerequisite to filing suit," then EEOC needs to take all charges that workers want to file. Otherwise, it is preventing people from pursuing their legal remedies for race, age, sex, national origin, pregnancy, disability, color, religious, and other discrimination cases.

I hope this is not a new anti-employee policy implemented by this administration to prevent workers from exercising their rights. Say it ain't so EEOC!
Posted by Donna Ballman at 7:30 AM No comments: